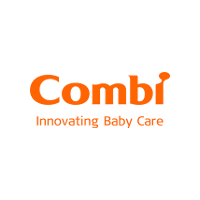 There were a few surprises when the Wowza team and Help Me Stream finished our recent survey on user-generated live video content (LiveUGC). When we asked survey respondents about their goals for implementing LiveUGC into their apps and service offerings, many said they wanted to actively build brand awareness and influence online audiences.

It may be some time before LiveUGC is widely used for direct product sales. However, in this blog post, we’ll explore how the areas of influencer marketing, e-commerce and brand-building together make up a growing amount of live user-generated video—and why you might consider adding LiveUGC capabilities to your own app or website.

When it comes to influencer marketing, there’s been a significant shift in the primary medium: from print or text to video. Not long ago, influencers were external individuals hand-picked by companies to write promotional tweets or blogs, essentially taking on the public-relations role for an event the company was sponsoring.

And it’s no longer enough to simply send a tweet or write a Facebook post. As the role of the influencer continues to grow in importance, so does the need to engage audiences in real time. That’s where LiveUGC comes in, as the market is seeing a continual rise in user-generated streaming through platforms such as Facebook Live and YouTube Live.

“We use Facebook Live a lot,” says Kylie Carson Mims, whose role as an online influencer helps drive sales for a major cosmetics brand. “It gets our customers excited to see what’s going on in real time. People seem to appreciate seeing you live more than reading a post. … Plus, they see us having fun, and it makes them feel like they are part of it.”

Mims, who is also an independent contractor for the brand, adds that one of the key benefits of live streaming in general is the visual aspect—which is central to her business of making women and men look their best.

“When we did a charcoal mask challenge recently,” says Mims, “[brand salespeople] in our area sold thousands. We also do private-group Facebook Live events where we add customers and people who are considering joining, and then we have a series of [live] videos of different directors talking about their personal stories.” She describes the trifecta of overarching benefits of live-streaming as “it’s fun, makes people want to join you and drums up sales.”

Mims and other independent contractors, online influencers or even direct-sales organizations aren’t beholden to Facebook Live for their LiveUGC streams: they can broadcast on as many online channels as they choose. According to Mims, influencer marketing platforms need to include a way to elicit feedback from current and potential customers and drive sales, rather than just using LiveUGC to generate an emotional reaction in the moment.

Therefore, those building their own influencer marketing or e-commerce apps must think beyond just providing the stream, and consider including this kind of broader, more interactive functionality.

For online influencers, single-day shopping events can be a way to bring community together. While the real test is generating revenue, it’s also crucial to inform potential shoppers of the best deals and maintain their excitement about the event as long as it lasts.

In the United States, there’s no bigger shopping event on the calendar than Amazon Prime Day. For Prime Day 2018, there weren’t just tweets and articles, but also live streams from influencers who are part of the Amazon Associates affiliate marketing program.

Tech Deals is one such Amazon Associates online influencer, who ran several live streams over the 30 hours of Prime Day to his over 302,000 subscribers. Tech Deals “managed to tweet a number of deals” about Amazon Prime offerings—but had to forego live streaming for the early hours of Prime Day since “Amazon’s website [was] a mess all day … [it was] up and down.”

Unfortunately, even for an online retail behemoth like Amazon, issues arise when peak traffic loads outstrip capacity. When potential shoppers flooded the website for Prime Day on July 16, 2018, it experienced repeated crashes.

These kinds of technical difficulties can be catastrophic for e-commerce organizations. But thanks to its influencer marketing program, Amazon was able to maintain the interest—and “add-to-cart” clicks—of visitors who could still watch influencers’ streams while they waited for the service to come back online.

In fact, it was clear to the author that Tech Deals successfully pitched Amazon Prime Day offers in near-real time once Amazon fixed its website issues. Amazon later announced that the 2018 Prime Day had been the largest shopping event ever—which is no small feat for a company that dominates much of e-commerce in the Western world. Prime Day now beats Black Friday in the title of “biggest shopping day of the year.”

How Can Wowza Help You Add LiveUGC?

So, what does it take to live stream your own retail or e-commerce event? Surprisingly little. Using the Wowza GoCoder app, along with Wowza Streaming Engine

software or the Wowza Streaming Cloud

service, anyone can live-stream directly from a smartphone—and can be used whether you’re adding streaming to an existing app, or building a new platform from scratch.

For those only using Facebook Live, the Facebook app provides all the tools needed to stream from a smartphone; however, the market is growing with a number of purpose-built streaming devices geared towards YouTube Live and Facebook Live (for example, the Wowza ClearCaster

What’s more, a growing number of developers are creating streaming experiences that focus on live user-generated content for specific, targeted audiences. To learn more about building LiveUGC experiences into your app or service, read our complete report.